An Exposition of 24 Spiritual Symbols 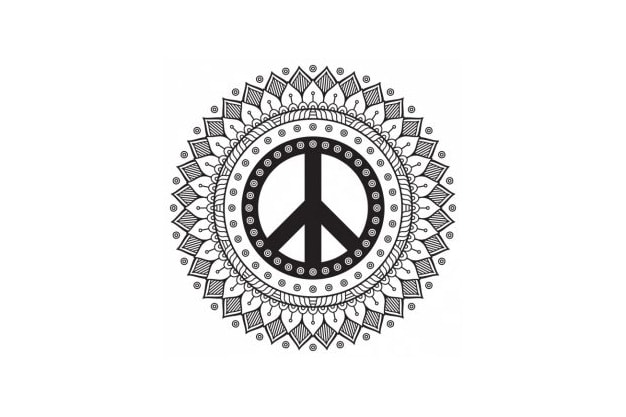 Symbols herald different tidings to different audiences. A spiritual symbol denotes a sign that can satisfactorily convey an idea, belief or the existence of some reality or even deity. The sign can be in the form of word (s), sounds, or images. Chiefly, images have been used in many cultures— throughout human history— to depict religious deities, beliefs and convictions. A symbol, as derived from the Greek language, bespeaks of something that does not represent itself but another.

No single definition can adequately and conclusively be termed to be devoid of misgivings. This is ostensibly because of the many perceptions that have been built over the years about each symbol. In the signs and symbols book, a symbol is nothing more than a pointer or indicator to some apparent universal truth. That symbols can have multiple sets of connotations to a belief system is an undeniable observation just as is the idea that spiritual symbols’ significance transcends obvious knowledge and evades ignoble minds. The use of spiritual symbols, therefore, heavily portrays, and is dependent on, the cultural background where the symbol was first destined and used.

The design of spiritual symbols is sometimes laced with multilayered hidden fronts. This is basically a justification of the fact that these symbols are supposed to be understood only by the concerned or intended audience. Any other unconcerned and non-careful observer will almost casually find it incomprehensible at best or simply garbage and won’t hesitate to simply brush it aside. Some symbols are so elaborate in their design that even the concerned audience may find it really hard to identify the key aspects that lead to the correct interpretation. As a result, it is not surreal to find that some symbols can be mere indicators of a deeper meaning in another symbol.

Symbols are meant to convey hidden messages and as a result, they cannot be of any specific use if they are incorrectly interpreted. Correct interpretation, however constitutes valid grounds on which judgments, decisions and actions can be based. Spiritual symbols serve the purpose of educating, imparting and perpetuating the spiritual truths of any given group or organization to current and prospective generations— semiotic­-ally speaking. This is what, arguably, justifies and leads to constitutive rhetoric and emboldens identities around the world and their varied beliefs- the sheer outrageous and preposterous renderings of some of whose symbols notwithstanding. Such symbols serve the purpose of jointly reinforcing the constitution of all that makes a given identity unique from others.

The series of articles to be explored, in this context, will each focus on the following 24 articles listed below. Each symbol shall be described, its cultural or religious context properly laid and this will be followed by a deliberate effort to outline the significance of each symbol in the past, present and the prospective future.

The apparent meaning of any given symbol ought to be considered in the light of a number of key considerations. These serve the purpose of guiding the interpretation efforts and the realization of the ostensible objectives behind the symbol. The interpretation efforts my be bound to veer off if an inaccurate cultural background/ setting is used, coupled with known blunders in semiotics such as the uncultured and naïve error of hurried elucidation of symbols and their significance. The result may be as offending to the intended audience as may be hurting to the sensibilities of a group or organization whose identity may be at stake.

In conclusion, therefore, the next 24 articles shall provide an interesting read of various symbols and the significance attached to them in their diverse cultural and religious contexts. They are informative, truthful as accurate as they are originally presented. In this respect, the author makes no intention— even in the slightest inclination — of casting any symbol in disfavor or according any symbol undue recognition. Images shall accompany each symbol to supplement the symbol descriptions.