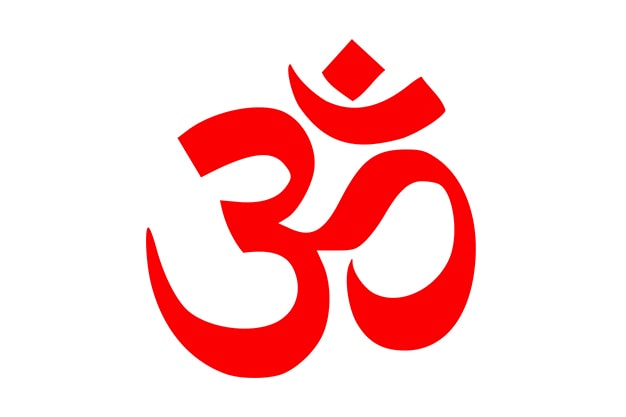 The Om is considered as being more than just sacred sound. It is rendered a spiritual symbol in almost all Indian religious belief systems. It is also considered as a mantra, in the same league as the Gayatri Manta, whose chanting brings about diverse results. This article discusses the various uses of the sound and icon in Indian religions.

The Om sound symbol is rendered

. It owes its origins in the Indian religious systems — known for their elaborate array of symbols and sacred signs. In the Hindu religion, for example, the symbol is known widely as Pratima and is used to in reference to the Atman. The Atman is the soul or the self consciousness that can be felt and known to exist in side. It also refers to the Brahman. When used in this sense, Brahman simply means the absolute, Supreme and divine being who, alone, is the very personification of truth, knowledge, wisdom, ultimate reality, among other attributes.

The weight of importance placed on this syllable is evident in Hinduism, because it is mostly placed at the start and end of chapters in the Vedas, used extensively in the Upanishads and mantras of various kinds. It is used intensively during prayers, ceremonies, rites (for example, rites of passage like weddings as is espoused in the Sanskara). All these underscore the sacred role played by the symbol.

In one of the oldest Upanishads of the Hinduism religion, the Chandogya Upanishad, man is implored to meditate specifically on the Om. In addition, other accounts point out that the use of the syllable Om is an expression of the continual conflict between Devas (gods) and Asuras (demons). The two opposing forces have been thought to be, by some scholars, the good and evil inclinations and tendencies inherent in mankind. As a result, the Om syllable serves the function of inspiring and strengthening the good inclinations in mankind. Section 2.10 of the Chandogya Upanishad, for example, goes a notch higher and expressly refers to the idea that Om does in fact refer to the Highest Self.

The use of Om in this religion is tied to the Pañca-Parameṣṭhi. This is probably tidto the idea that Om is actually AAAUM and is in itself a representative of the five parameshthis. These are: Muni, Upajihaya, Arihant, Acharya, and Ashiri.

As is the case with Hinduism, Om is often used at the beginning of Mantras and dharanis. It is particularly considered sacred and holy under the esoteric Buddhism that places a lot of emphasis on abstruse teachings and doctrines. Nevertheless, it can be inferred that Buddhists consider the sound to be holy and a direct invocation of the Absolute. The Om sound is regarded as the Total Sound referring deeper consciousness.

The use of the sound/ symbol in Sikhism is an indicator of the existence of one God. Only that the sound used in Sikhism is referred to as the Onkar. Although slight orthographic variations may exist between the Indian Om and the Sikhism Onkar, the bottom line as to their sacred nature is indisputable.

The use of the Om sound and symbol defines an identity for Indian religions. Even in their diverse derivatives and applications, the symbol/ sound still wields enormous influence in the manner in which citations, chants and recitations of mantras, dhiranis and other spoken rituals rites and rituals are conducted. It exudes an air of sacredness and demands nothing less than the proper contextual use and interpretation.