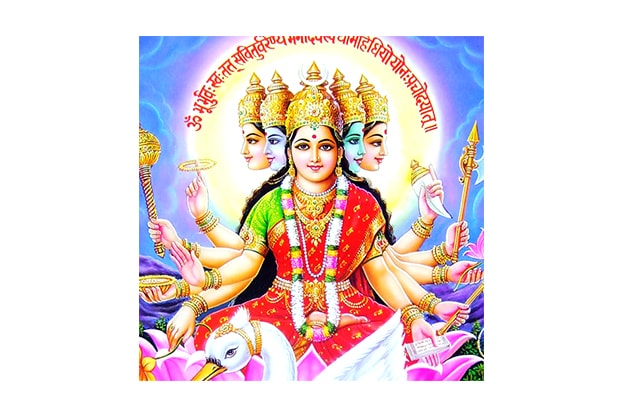 The Gayatri Mantra is perhaps one of the oldest and most used mantras in the Sanskrit application. The belief behind the consistent chanting and citing of the mantra relates to happiness and a sense of fulfillment. It is believed that once one believes the deeper meanings of the manta, and coupled with the appropriate work and effort, one is guaranteed of having a fulfilled life. This article explores the mantra with the objective of finding the confines that define the usage of the mantra— in the Hinduism context.

The term ‘Gayatri’ itself is derived from the Sanskrit term Gayantam Triyate iti which, when translated, means that the mantra delivers the chanting person from all harm and life threatening situations. The term also bears close resemblance to the usage of the Goddess Gayatri term. In the Sanskrit religious belief, this goddess was responsible for all existence. This is because she was associated to Vedas as a mother. As a result, chanting the Gayatri Mantra is inordinately related the concept of a cognized universe and existence. It has everything to do with all existence.

Further, the goddess Gayatri is also associated with Saraswati. This is indicative of the educational and learning systems of the world. Further, the goddess is also said to be responsible for wealth and wealth creation (Lakshmi). It further adds to the notion that the happiness that is supposedly brought about by the chanting of the Gayatri Mantra is tied to better learning for the chanter as well as an improved wealth status.

Parts of the Mantra

The mantra has 24 syllables, each appearing in groups of three. Each Group, the Gayatri Chhnda, is also referred to as the tripadh. The mantra, rendered below, can be translated in the succeeding paragraphs:

The following represents the wording of the Mantra, as translated by Brahmo Samaj in 1911 and may not, as a result, bear any conformity to the patter outlined above:

“We meditate on the worshipable power and glory of Him who has created the earth, the nether world and the heavens (i.e. the universe), and who directs our understanding”

A more modern translation would be rendered as:

“Oh God, the Protector, the basis of all life, Who is self-existent, Who is free from all pains and Whose contact frees the soul from all troubles, Who pervades the Universe and sustains all, the Creator and Energizer of the whole Universe, the Giver of happiness, Who is worthy of acceptance, the most excellent, Who is Pure and the Purifier of all, let us embrace that very God, so that He may direct our mental faculties in the right direction.”

This word and its pronunciation stand for the absoluteness of the sound that a human can produce- often in awe of the Supreme Being. It is actually the Name of God Himself.

Collectively known as the “Mahavyahriti”, these three words carry tremendous weight in terms of expressing the attributes of God. They are descriptive of the nature of God. Often, these words are also called the Vyahrities— which essentially mean the being who gives knowledge to the entire cosmos.

Other words of the Mantra

Tat- This word bespeaks of that which is beyond the accurate description of human languages. Savitur- this is in direct reference to the su as a divine being and capable giving the much needed illumination of wisdom. It does not necessarily referr to the physical sun.

Varenium – this word simply expresses feelings of affection and adoration to some Higher Being.

Bhargo – this word means illumination or lighting up.

Yo simply means ‘who’, while Nah means ‘ours’. On the other hand, Prachodayat expresses prayer.

The mantra is used extensively in ceremonial rites (such as the Gayatri diksha) amongst young Sanatan men in their study quests of the Vedas.

In conclusion, the Gayatri Mantra wields tremendous influence on the beliefs and way of life of people with Sanskrit marks. This is perhaps due to the fact that chanting the mantra is speculated to bring about wisdom and an illumination of the chanter. For anyone without leaning to Hinduism, t is interesting to implore the Supreme Being with this old mantra.