The Types of Tarot Decks 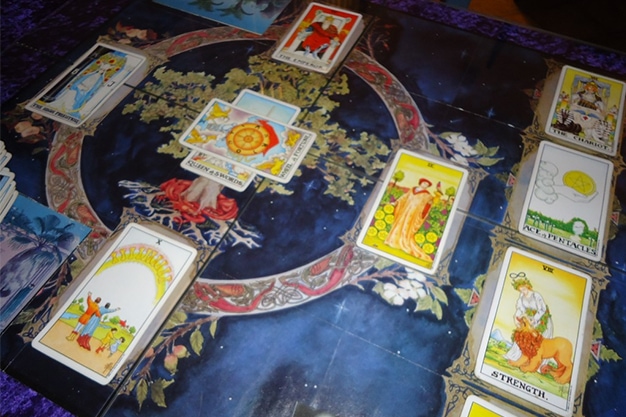 In a pile of more than a thousand of tarot decks, it seems impossible for beginners to choose the right one for them. They are based on various niches, such as movies, legends, books, mythology, artwork, and much more. To choose the right one, go for the one that feels right. It sounds simple, and it really. Most of the shops selling tarot cards have several loose cards you can examine. You can also ask your friends who read tarot to tell you their preferences.

And when you look at the various types of tarot decks, one always keeps your attention. There is only one rule when choosing the first deck, and that is to go for the traditional 72 card format. There are other types of tarot decks that have more or less cards, but the traditional is best for beginners. As mentioned previously, some decks are related to animals, plants, minerals, esoterica, mythological beings, peoples and places, religion and lots more.

– An angel oracle deck is inspiring and uplifting. It is an excellent starter deck to explore the connection with the other realm. All cards in these types of tarot decks are shown with an angel and a message of inspiration. They can be used the second they are bought.

– Next on the list of common decks is the Rider Waite. Every card in this deck is related to symbols from astrology, Kabballah and other magical traditions. Users can spend many hours and years to become expert in the systems of Rider Waite, but the cards can be used instantly as well. Rider Waite types of tarot decks are most suitable for intuitive people, as intuition is the best tool to work with the readings.

– If you are a fan of nature and want to understand the cycle of life, you are best suited with Druid craft deck. This deck goes deep into the spiritual lore of the natural world.

– Fans of the Greek mythology can opt for the Mythic types of tarot decks. They are full with Gods and Goddesses, and explore how those figures impact our lives today.