8 Most Beautiful and Coolest Tarot Decks

I’ve finally compiled a list of the most beautiful and coolest tarot decks out at the moment. It’s taken me some time to narrow the list down to the top 8, but I did it! While compiling the list I tried to keep everyone in mind, because let’s face it, everyone is attracted to a tarot deck for different reasons. I also steered clear of the “old favorites” like the Llewellyn and Rider-Waite decks. The decks on this list are hot favorites and considered some of the most beautiful, coolest cards to have.

First up we have the most beautiful tarot decks. These showcase exquisite and simplistic designs, but with a modern twist. They’re all super stylish!

This beautiful deck was created by Siolo Thompson, who went to great lengths to ensure that each card was just right. There is a lot of animal influence in this card, and the balance between the conscious and subconscious is expressed beautifully with the black and white illustrations interspersed with splashes of color. In her own words… “The deck is gentle and whimsical while not being overly superficial.”

It is based on the Rider-Waite deck, but the illustrations add a fairytale component that softens the overall tarot experience.

Linnea Gits meticulously hand painted each of these beautiful tarot cards, while Peter Dunham lettered each card by hand. The soft effect of the oil on canvas brings the story of the tarot to life. While the Pagans Otherworld Tarot deck is based on the traditional Rider-Waite deck, this deck contains 84 cards. An extra Major Arcana card, “The Seeker”, and five extra luna cards were added to optimise tarot readings. It has been called “groundbreaking” and the artists definitely succeeded in making a modern, relevant deck that embodies the soulful and contemplative nature of tarot. 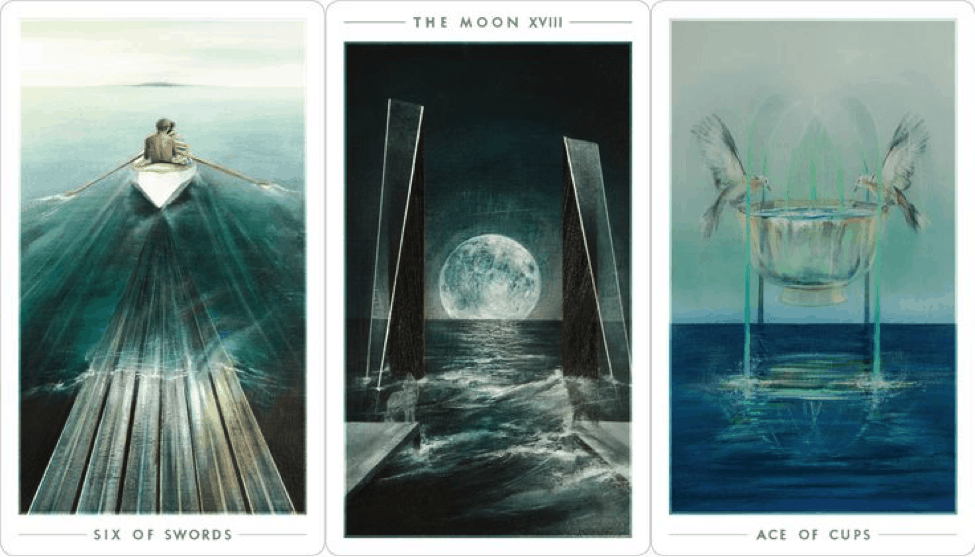 The Fountain Tarot deck is a completely modern take on the old symbolism of the traditional Rider-Waite deck. This beautiful 79 card tarot deck consists of images hand painted by Jonathan Saiz. A 112-page booklet is also included, which explains not only the meaning of the cards (upright and reversed), but Jason Gruhl also delves into the history and how to do tarot readings. This is a fantastic deck that will spark your creativity and intuition, allowing you to delve deeper into the subtle subconscious energies of your reading.

Danielle Noel uses a mixture of artwork and photographic images to create a beautiful balance of light and dark in the Starchild Tarot deck. The deck is based on the traditional 78 card deck, with the addition of  “The Akashic Records” to the Major Arcana. The names of some of the cards and suits have however been altered to make a more intuitive, to stimulate your own internal wisdom. Danielle keeps the modern mystic in mind throughout the imagery and guidebook, making this an easy to use, yet deep and meaningful deck to add to any collection.

This is one of my personal favorites. Kim Krans created this magical deck and wrote and illustrated the comprehensive guidebook herself. The images are based on animals rather than humans and the vivid colors draw the eye to interesting symbolism. It has a mysterious yet vibrant feel to it that can’t be explained, not even by the artist herself. The cards are based on the traditional Rider-Waite deck, but the addition of animals adds another level to the old interpretations.

Now let’s move away from the most beautiful tarot decks and take a look at some of the coolest tarot decks. 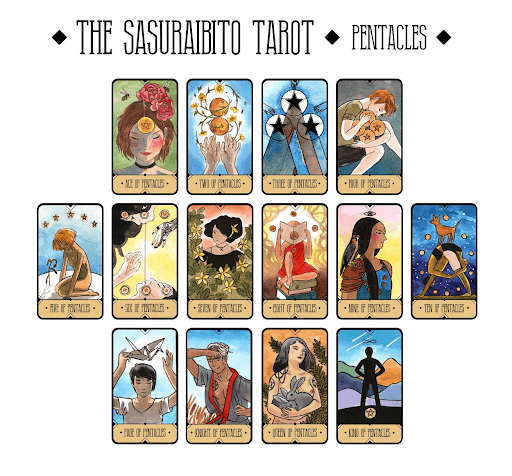 If you’re a fan of anime or anything eastern this deck is the perfect one for you. It incorporates Japanese and Buddhist ideals into the old Rider-Waite deck to inspire and guide the modern wanderer. The name Sasubairito is after all an old Japanese term meaning “wanderer”… While some of the symbolism is almost identical to the Rider-Waite deck other cards have a completely different take. The artist, Stasia Burrington, has included a 63 page guidebook to help you interpret the new designs of this colorful and cool tarot deck.

The 78 cards Vivid Journey Tarot deck might not be for everyone, but it sure is a vivid and colorful interpretation of the traditional Rider-Waite imagery. The artist and creator, Jessica Allaire, created this deck because she found the more traditional decks didn’t resonate with her and left things hidden or obscured. This deck is clearly detailed and uses bold and bright colors to add to the meaning of each card by stimulating an emotional response from the reader. Even seasoned tarot readers have found that this deck helps them connect to their Higher Self a lot more efficiently. Personally I love the bold illustrations and would definitely consider it the perfect gift for a young, vibrant mystic. 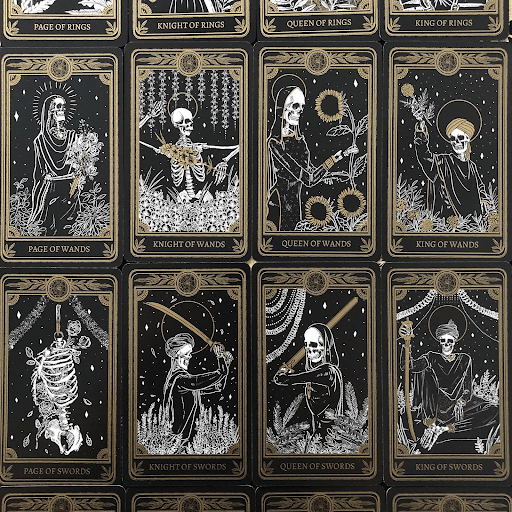 The Marigold Tarot deck is as cool as it is beautiful. If you’re into the more mysterious side of life (and death), this deck is possibly the coolest tarot deck out there! It’s creator, Amrit Brar, made this deck for herself and her friends, because they found other illustrations too… let’s say cheerful. It is based on the “skulls and roses” theme inspired by Amrit’s Punjabi influenced childhood. While this deck may look gloomy and depressing it’s a reminder (like the death card) that everything must come to an end, and this inevitably leads to new life. It’s a stylish and high quality deck that will bring a sense of closure and hope to any tarot reading.

And there you have my list of the most beautiful and coolest tarot decks on the market at the moment. The modern twists vary from deck to deck and I’m sure you’ll find one you love on the list! The wide variety of tarot decks available today means you’ll be able to find the deck that resonates with you the most. And once you find that, whether it’s the most beautiful tarot cards you’ve ever seen or the coolest tarot deck ever created, you’ll find that your entire tarot reading experience will change. Tarot is all about connecting with the cards, so choose wisely…