The Different Types of Tarot Decks 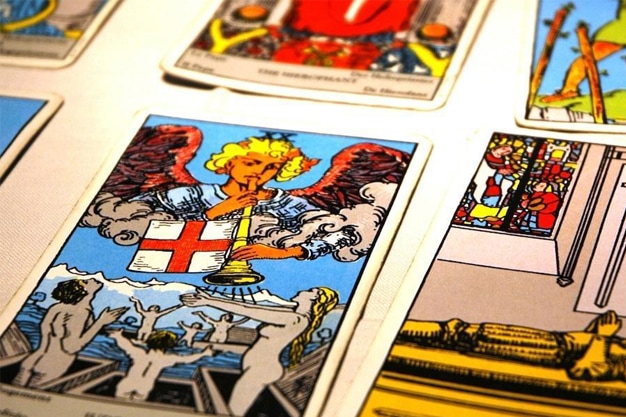 Different spreads are used by tarot card readers, and each is interpreted through symbolism and imagery, but there is no standard layout. It is the discretion of the card reader which spread to use based on their personal pick. With several different types of tarot decks to choose from, there are many ways in which readers are free to customize their practice to fit them.

Here’s a list of common and essential tarot decks. Each of these tarot card deck types has something unique to offer the tarot reader and the recipient of the reading.

This is a classic deck that a lot of people buy in the West. Created by Pamela Colman-Smith and commissioned by Arthur Edward Waite, it is often called the first modern tarot deck. This deck’s imagery is rich in symbolism. In the Rider-Waite tarot card deck, Minor Arcana scenes are well-detailed, and it’s not too complex when compared to other decks.

This deck was created by Amy Zerner and Monte Farber with a total of 78 cards and is a rework of the Enchanted Tarot by the same authors. The imagery is slightly whimsical and includes the suits of hearts, pentacles, wands, and swords. The strongest influence of this deck is love. The Zerner-Farber tarot deck is perfect for beginners, as it deals with lighter readings.

A rework of the known Mythic Tarot with an ancient Greek theme, this new deck was created by Giovanni Caselli and Liz Greene and published in 2009. Like the ZF deck, it has a huge collection of 78 cards. The New Mythic Tarot deck demonstrates a real passion for the classical world.

Created by Patrick Valenza, this has moonlit artwork that is very unique compared to other decks. It aims to illuminate the deeper subconscious with a detailed orientation of imagery and theme variation. Readers looking for something out of the ordinary are often drawn to the Deviant Moon tarot deck.

The Legacy of the Divine Tarot Deck

Talented artist Ciro Marchetti created this deck aside from his other works, such as the Tarot of Dreams and the Gilded Tarot. These decks contain very modern but highly realistic, vibrant imagery. The Legacy of the Divine tarot cards make up a stunning deck for collectors and even for starters to open up their card experience.

Take time to examine each of the tarot card deck types to see which one closely aligns with your reading goals and appeals to your aesthetics. Each of the different types of tarot decks can offer different benefits.