What Do Babies Dream About? 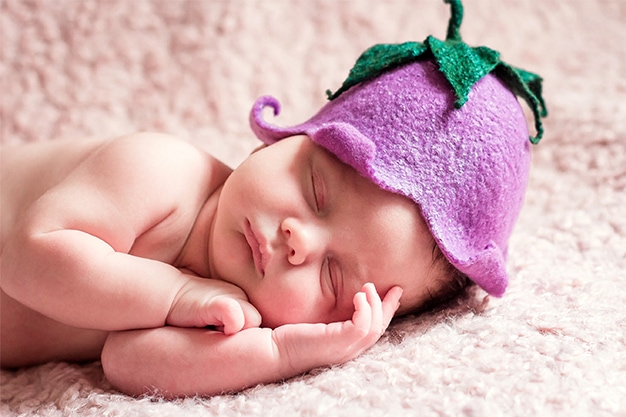 This is an interesting question. It is certainly intriguing to consider the content of the dreams of babies.

The Concept of Sleep Cycles

To begin with, it is essential to build a firm understanding of how sleep cycles work in order to appreciate the possibility that even babies dream. When a person is asleep, the sleep session is divided into two known cycles: The REM and Non- REM (Rapid Eye Movement). While the latter is usually a period of about one and a half hours of sleep— where the body gets into deep sleep for purposes tissue repair and rebuilding— the former is a short sleeping period characterized by restlessness and rapid eye movement. As the night wears on, the REMs also lengthen to periods reaching to and about an hour.

It is necessary to understand about REM and Non-REM sleep cycles because humans sleep during the REM cycle. More relevantly, babies spend much more time in this REM cycle than adults. It is estimated that adults spend an average fifth of their sleep in the REM cycle while a child will spend as much as more than half of the sleep time in REM. This says a lot about the potential dreaming sessions in babies. It is naturally anticipated that spending more time in the REM period exposes them to more dreaming.

The fact that the REM sessions in babies tend to be lighter only serve the purpose of justifying the frequency with which babies wake up at night or whenever they sleep. It does not, in any way, lessen the fact that the babies dream. As the baby advances in age, the REM periods also shorten.

What Babies Dream About

A silent fantasy of many parents is the thought of what possibly, is the content of the dreams of their babies. The fact that they do not speak exposes little or no clues as to what possibly a baby’s world looks like. In adults, it is easier to tell that a most dreams emanate from previous experiences. How can the same be spoken of babies? Could they be merely seeing lots of pictures, animals, dolls and similar stuff?

Given the elusive and complex nature of how the brain of an infant operates, it follows that arguments of how hard it is to find out what a child is dreaming about are logical. This is plausible even in the face of the idea that one can have some idea— however remote— of what a child is dreaming about by carefully and closely watching the child as they sleep. The fluttering of eyelids, the small yelps, and the almost nondescript smiles may all be indicators to the nature of dreams. That alone, however, cannot be sufficient to reach clear conclusions on what exactly a child may dream about.

A further interesting observation is the idea that babies who have started talking offer more clues as to the content of their dreams. They will likely scream in sleep, mutter simply make rapid eye movements. These may be the necessary hints to decipher the fright, joy or calm that a child may perceivably see in dreams.

Speculatively, the first few weeks of a baby’s sleep, the brain of the baby grows and develops. In the process, there will be so much information gathering. Such information may be simply pictures, colors, animals or close people. These are the ‘things’ that will fill the baby’s mind. Assuming that dreams have some correlation to an individual’s experiences, it is likely that a child will dream most about what they have seen before. Seriously speaking, therefore, it could be possible that babies can dream about pooping, yelling (like there is no tomorrow), sucking and others. As the child grows, logically, pictures of the dog or mother may show up in dreams.

According to the findings of a review by Anders and Weinstein, it is sufficiently believable that babies dream. These findings gain tremendous credibility owing to the fact that polysomnographic recordings were used. It is a wonder to imagine if babies also dream about monsters, fires, candy, milk or even their fight for the mother’s attention with their dads!

If you are still intrigued with the idea that babies dream, it will be much more necessary to click here for further insights on baby dreams and their interpretation as offered by the experienced Tarot Prophet, Sophia Loren.