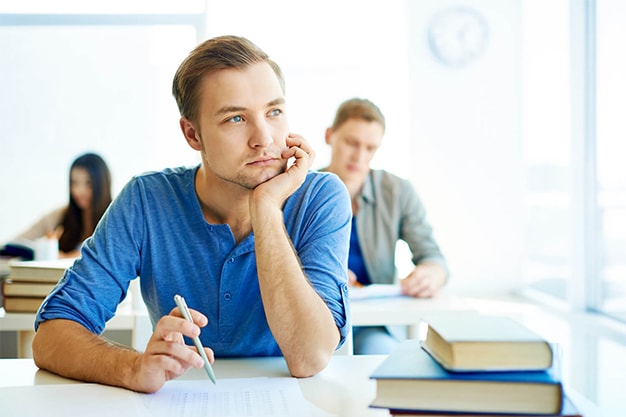 Whereas normalcy, in dreaming, is considered to be at the time of sleep in the night, the occurrence of daydreaming is not completely an alien idea.

To daydream is to be momentarily detached from your immediate surroundings. During the duration of detachment, one’s contact with reality becomes unclear and a moment of dreaming ensues. In psychology, it is referred to as the altered state of consciousness. Whereas one can jam their minds with self condemnation after a daydreaming session, health experts, however, assert that it is a healthy habit.

States of altered consciousness are, according to psychology, common to all people. There has to be that moment— however brief— of wandering out of reality into some fantasy or dreamland. Alertness with the reality is lowest at that point. Psychological speculation is rife that our levels of consciousness keep changing during all day without the intervention of anyone. The same is applicable to daydreaming. Upon realization, you can only pull back to reality. Lapsing back into daydreaming can, with honed skills, result in a rejuvenated and strengthened mind.

Psychologically, daydreaming has been found to have both the mental and biological component s that defines it. They are beneficial in the sense that they take you out of the possibly stressful current conditions and into the supple and calm terrains of the mind in daydreaming. Upon getting jolted back to reality, you are more likely to be fresher and sharper. For instance, a prison inmate may daydream to simply escape the harsh prison realities. As a result, the act of daydreaming may be willful.

The sensory information (gathered using the senses) is important during any willful attempt to daydream. For example, when faced with starvation, a person may imagine the sweet smells of delicacies elsewhere, the sounds of gulping down immeasurable amounts of favorite drinks as well as the smooth and satisfying feel of the food in the mouth. To cap it all, the imagined aroma of the entire setup is simply irresistible. The art of imaging, in this sense, is basically dissociating from the reality and connecting with the unreal and at times surreal.

Willful daydreaming will, without doubt, negatively impact one’s regular life. You risk sounding and appearing hallucinogenic, illusionary and basically unreal. The fantasies replayed during daydreaming may hurt your life irreparably. The mental meanderings in daydreaming may deny one the opportunity of sticking and connecting with reality long enough to be productive.

Serendipitously, daydreaming has been found to be an inherent type of sentinel that is always ready to spring to action in response to some stimuli. This is based on the preponderance of evidence that supports daydreaming as a possible leisurely undertaking. If in need of happiness, for example, daydreaming yields the best results when the characters involved are actually those that make you happy.

In order to put the brain’s default network to appreciable use, the following four strategies are essential:

Daydreaming can be laced with positive as well as negative implications. Besides being an affordable and easily accessible escapist strategy from the possible stresses of the current realities, it still can be argued to the effect that the duration of escape last only but for a moment. The moment may not be sufficiently long for one to savor the fruit of their mental meanderings. Not unless one keeps plunging back into daydreaming every time contact with reality tries to materialize. It’s dependent on you.

Sophia Loren, a renowned and experienced Tarot Prophet, is a click away from offering you her undivided attention with regard to your dreams. Look no further for a personal dream interpretation. Click here.