The History of Magic Tricks and Tarot Cards 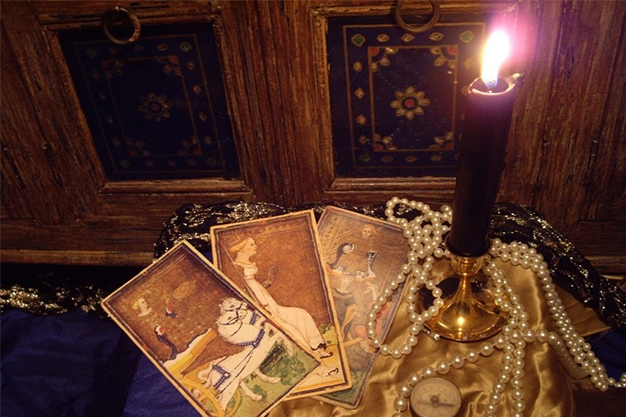 Magic has a long history, dating back thousands of years. The origins of magic intertwine deeply with religion in many cultures, as both rely on believing in something you can’t necessarily see with your own eyes in order to explain past and present occurrences or provide a sense of empowerment when it comes to what the future may hold. The ancient Asian and Middle Eastern civilizations incorporated astrological and numerology beliefs into their daily lives, looking to these practices to provide guidance in their daily lives. Another link between the roots of magic and religion can be found in the Magi, high priests in the Asyro-Babylonian empire who performed illusions such as fire-taming. Over the centuries, the idea of being able to channel a mystical power became linked with tarot cards, and today, those who read tarot cards draw on their “sixth sense” in the practice of divination.

Magical practices have evolved greatly from their roots to modern-day fortune-tellers and illusionists. An early example of the use of magic to impress or deceive can be found in the ancient Egyptian tale of a sorcerer named Dedi. According to the folklore, a pharaoh heard about Dedi’s skills and demanded that he perform for him. The story tells of how Dedi decapitated a goose and recited a spell that caused both the head and body of the goose to cackle and waddle. It was common in these days for high priests and sorcerers to use magic to maintain their power over the common people. These priests or magicians understood physics and mechanics better than the general population, enabling them to perform illusions that looked like magic.

During the Dark Ages in Europe, magic was cast in a negative light. The connection between witchcraft and magic was spurred by a publication written by Heinrich Kramer. This document presented women as being susceptible to satanic influences, which would lead to witchcraft. Witch hunts were the result of these beliefs, and historians estimate that between 40,000 and 60,000 people were accused of witchcraft and executed during this period. But not all “magical” practices were condemned: The use of protective charms and superstitious medical remedies was commonly accepted in this era.

Over time, the popular mindset about magic divided it into two forms, white and black. Black magic is practiced with the intent to do harm to others and is not influenced by ethics. White magic, on the other hand, is “good” magic, the kind that might help or heal or at least will do no harm.

When tarot cards were originally developed, they were used to entertain royalty. Tarot cards originated in Europe during the 15th century, and over time, they became linked with the magical way of thinking. A tarot deck contains 78 different cards bearing different symbolic images, and readers use tarot cards to predict the future. Some people also use them to guide inner reflection and meditation. Tarot card decks have two parts, the Major Arcana and the Minor Arcana. The Minor Arcana cards come in four suits, similar to a deck of playing cards, while the Major Arcana cards have special images and meanings.

A tarot reading can be used to assess a current situation, learn from the past, contemplate the future, and provide guidance for achieving goals. A tarot card reading involves a client asking the reader specific questions. The reader will select cards at random and lay them out in an arrangement called a spread. The reader then looks at the cards and interprets their meanings to answer the client’s questions. The way the cards are arranged in the spread is significant. For example, in the Three Fates spread, three cards represent the past, the present, and the future, while the Celtic Cross spread contains 10 cards that provide clues about influences on and hopes of the client.

A tarot card reading will differ based on the perspectives and beliefs of both participants. Some readers interpret the cards for their clients, while others only display them and leave clients to make their own interpretations and conclusions. Some people believe that the cards themselves have power. In this case, a reader may insist on using a particular deck of tarot cards. Other people view the cards as simply a visual guide to help with personal decisions. In this case, using a specific deck for a reading would not be important.