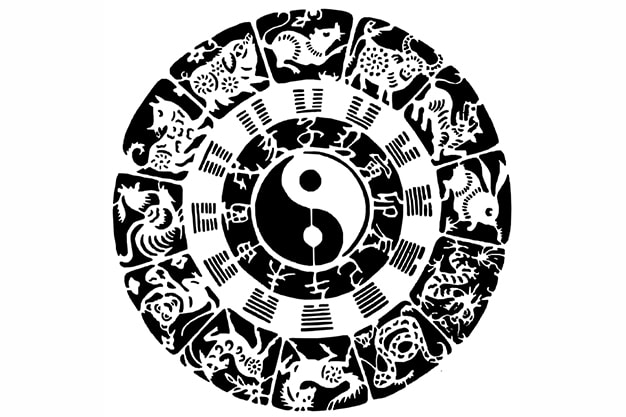 The one thing that most people want to know when they have their fortunes read is how they’re going to fare in love. Single people want to know who they’re going to end up with and couples want to know if they’re correctly matched. So many different things affect the state of our love lives that it can be overwhelming to even think about romance.To help take some of the pressures off, people in Eastern Asia refer to the Chinese Zodiac to help guide them toward their future partner. The Chinese Zodiac helps us know ourselves better and equips us with the knowledge to make informed choices when finding a romantic match. Here is an overview of each of the 12 signs and their best and worst matches.

Rats have a wide social circle and many friendships. They are charming, quick witted, and versatile people. They have many traits that are attractive to the opposite sex. Their popular can lead to some troubles as rats have more options than they need. When you win a Rat’s heart, you’ll have a partner who is faithful, tender, and understanding.

When it comes to love, oxen aren’t romantic at all. They are serious in relationships and are only interested in reaching the end goal of marriage. Despite being a little boring and tough on the outside, when an Ox is in love they are generous and caring. In marriage, Oxen are fair-minded and try their best to avoid fighting with their partner.

Though tigers enjoy being surrounded by people, they often fail to make meaningful connections. They are highly distrustful and keep people at arm’s length. When it comes to love, tigers aren’t necessarily romantic. However, they will take practical and thoughtful measures to capture the heart of the person they’re interested in. Despite many setbacks, tigers end up very lucky in love.

Rabbits have hearts that are overflowing with love and tenderness. They are sensitive and fall prey to people’s manipulations. Rabbits have strong interpersonal relationships and rarely lose their temper. Though they are popular, rabbits are naturally secretive and hard to know. They need partners who are understanding and equally kind hearted.

The mythical Dragon doesn’t put much thought or emphasis on love. They are more interested in establishing successful careers than pursuing the opposite sex. Often times, Dragons don’t marry until much later in their lives. When a Dragon does settle down, they are caring and encouraging partners.

Snakes are cunning, intelligent, and attractive people. Despite being very popular with the opposite sex, snakes don’t fare very well in love. They often sabotage their own relationships because of their jealous and suspicious nature. Snakes are very guarded and they are careful about the people they let in.

With their fun and energetic personalities, horses tend to be popular amongst their friends and members of the opposite sex. The thing they value most in life is their freedom, and can’t be with anyone who tries to reign them in. Horses hate criticism and need a partner who isn’t judgmental or harsh.

The Sheep (Ram or Goat)

Sheep are perhaps the most gentle and amiable of all the signs. They are docile people who have soft and kind hearts. Though they are beloved by many, Sheep are reserved with their feelings. They enjoy their privacy and don’t believe in revealing every part of themselves. In a relationship, Sheep are happy to assume the submissive role. Win a sheep’s heart and you’ll have a dedicated friend and lover for life.

Monkeys have fleeting interests and they are always looking for the next big thing. This attitude also carries over in to their love life and they often have a hard time settling down. Their bubbly personalities and optimism make them popular with the opposite sex. When a monkey is ready to settle down, they are dedicated and energetic lovers.

Roosters are charismatic, beautiful, and affable people. They are notoriously flirty and have no trouble attracting the opposite sex. Despite playing the field for a while, roosters do want to settle down. They’re looking for long lasting love and carefully choose their partner. When they strike a good match, roosters have long and happy marriages.

Those born under the sign of the Dog are easy to love because of their loyal, sweet, and amiable nature. Dogs need time to get to know someone and don’t trust easily. When a dog feels comfortable with someone, they will be eternally faithful and loving. They are excellent communicators who listen to their partners when there are problems in the relationship.

Pigs are usually fortuitous when it comes to love. They are easygoing and get along with almost anyone. Friendships and loyalty are important to the pig and they will never betray the people they care about. Pigs are sometimes too naïve and ill-intentioned people often take advantage of them. When a pig is in love, they are affectionate and trustworthy partners.