Should You Use Reverse Cards in Tarot Reading? 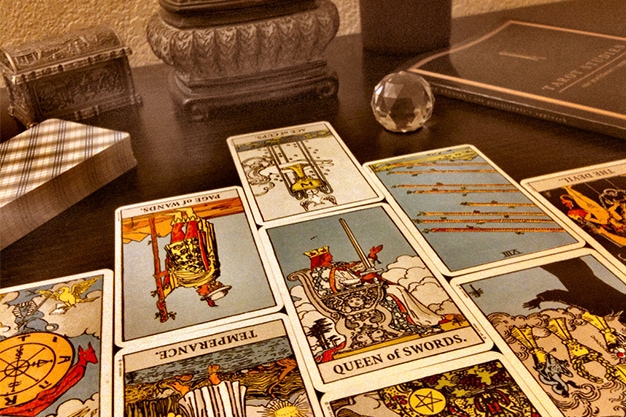 A reverse card is faced opposite of the upright card. Many people avoid using reverse cards in tarot reading. The logic is very simple. With the standard deck, there are 78 options to give an insight into someone’s life. Adding reverse cards doubles that number, and very rarely they add something that is not covered by the original deck. However, the use of reverse is recommended when the client has a complex set of problems. Or better said, the standard deck is suitable for simple and everyday readings, but a detailed reading requires reverse cards.

The Energy in the Cards

Energy is everywhere around us, and it forms our lives. Cards in tarot symbolize certain energy, and the reading shows the one that makes up a situation. The energy is not constant. On the contrary, its level and intensity changes all the time. Some types of energy are strong in a given moment, some are weak. An upright card shows an energy that is free to flow and manifest. The symbols in the card are active and available for the client. When there are reversed cards, the energy has not yet developed, or they may lose power. The qualities are present, but cannot be expressed. The proportion of reversed and upright cards in a reading defines the path to the goal. The path is clear and the situation has developed when there are more upright cards. However, when the amount of reversed cards is higher, there are obstacles to the goal.

People often think that a reverse card signifies the negative meaning of the standard card. Not all reversed meanings are negative. The reality is that reverse cards indicate that the energy is not straightforward. Other times, it indicates there are blocks and delays to the purpose. When a reverse card is drawn, it should be looked from a different angle, a different look at the energy.

How Can you Read Reverse Cards?

There are several ways to read reverse cards. Some of them are the following:

– Opposite energy of the upright meaning

– Something is blocking the energy, or resistance in one area.

– The energy has not fully formed.

– A different way of feeling the energy, hidden or secret information.

– The energy is not fully utilized.

– Something that happened in the past or the client has already dealt with the issue.