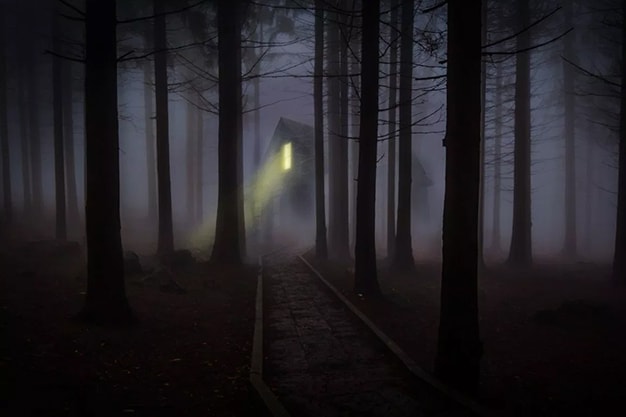 Nightmares are simply bad dreams. A nightmare is an undesirable and fright-filled dream that elicit strong emotional responses from the dreamer’s mind. The emotions may be varied but with the common ground of excessive fear, anxiety, desperation and even sadness. When these feelings are placed side by side with absolute terror, the line separating the two will be too blurry to be noticeable. Upon awakening, it may be difficult for the person to get back to sleep again. Often, the jolt of fear a person feels in the dream increases as one runs for their lives and ease back to consciousness.

Nightmares are common especially among children. This becomes more common if children are exposed to horror films and stories, stresses during the day or excessive punishments. As the child grows into adulthood, nightmares become less common. In adults, according to Lauri Quinn Loewenberg — a renowned dream analyst — nightmares occur when a person is attempting to solve stressful and difficult issues during the REM sleep cycle (Rapid Eye Movement).

Besides unresolved conflicts and issues, it has been found that poor eating habits also contribute to the occurrence of nightmares. In this regard, late night snacks may increase the possibilities of nightmares. This is because eating heavy meals with a high rate of carbohydrates will enhance rain activity even when one is asleep. The resulting metabolism may logically explain nightmares. Consumption of some foods, for example peaches, can lead to nightmares if you have an allergy towards those foods. This can easily be found out once one stop eating the foods. It will be anticipated that the nightmares stop as well. She aptly uses her own example of eating the shrimp as having been the cause of restlessness and nightmares. When she stopped the intake of the shrimp, the nightmares stopped.

Moreover, nightmares in adults can be attributed to a number of sleep disorders such as sleep apnea and restless legs syndrome. These disorders are known to cause recurring nightmares.

Activities In The Brain During A Nightmare

It is postulated that nightmares occurs when a person is the deepest REM sleep. According to some medical and psychological renderings, nightmares are associated with the amygdala — an area that is regulated by the front lobes of the brain. This, however, is a blanket assumption given the amygdala is highly active during REM sleep. Loewenberg asserts that nightmares occur when some parts of the brain become hyper active while others remain dormant. This creates a functional imbalance that leads the brain to think in terms of images and motions rather than in literal terms.

Who Has More Nightmares?

Children are mostly more susceptible to having nightmares due to the fact that they are easily affected by what they watch, feel, smell and hear which will likely be extended into the night or when they are asleep. Particularly, traumatic experiences may cause permanent occurrences of nightmares unless proper therapeutic measures are taken to cure the anomaly.

Whilst death and murder are common themes and symbols nightmares, they do not necessarily paint a hopeless picture. It has been found that children who have, for example, reached a milestone in life, like crawling, will be inherently terrified at the thought of new possibilities that come with crawling and later on, walking. These are exemplified in dreams. It is a natural expression of the fright that comes with the prospect of leaving what the child is used to and transitioning to a new phase in life.

On the other hand, the murder symbolism points to the end of an era which comes forcefully. For instance, a person may be unwilling to get away from an abusive relationship. To push through the agenda of ending it all, a nightmare can cause the person to consider what could be yonder!

Nightmares may not herald the worst news after all. All that may be needed is the willingness to transition. Further, consideration of what plagues us during the day may be an eye opener to solving the nightmare riddle.

Did you experience a nightmare? There’s no need to be scared. Find out what it means first with a personalized dream reading from Tarot Prophet, Sophia Loren.