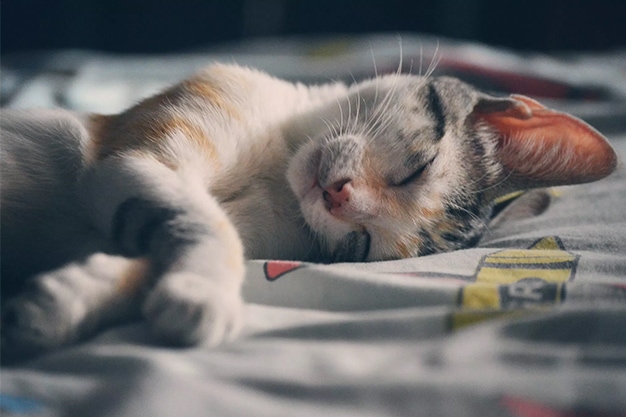 It sounds almost crazy to suppose that animals dream. Until of course some verifiable and dependable findings and scholarly accounts find so. This article explores the question of whether or whether not animals dream.

The fact that animals cannot speak amplifies the scholarly desperation of verifying whether or not animals dream. However, it is worthwhile to consider the idea that animals dream. Because they sleep, they can dream. Even if they can’t tell us, they— like babies — have been closely observed and they depict certain signs that pointedly tell about the dreaming patters on animals. The point is, even if it is not certain that they do dream because they can’t even tell, it is likely dream anyway.

Animals have the REM (Rapid Eye Movement) sleep cycle too. At least the majority of animals do. Like Humans, the REM in animals could be postulated to mean involvement and or observation of events in dreams. It is an indication that the animals could be dreaming! This is not an entirely alien thought when considered from the arguments in the paragraphs below:

To start with, a study by Spiers and colleagues found that rats map out navigational routes during the REM! In a publication in the elife, it was found that when food is exposed to rats before sleep, their brains will be busy mapping out ways of reaching the food while they are in REM. Could that be dreaming about the path or way to food but not the food itself — because it shown to it before sleep after all?

Another significant study published by Neuron in 2001, by Michael Wilson and Kenway Louie (MIT), the brain patterns of rats while awake and while asleep (probably in the REM cycle) were found to be strikingly similar. This offers insights to the idea that even when asleep, a rat will likely dream about a typical life of a rat— you know sneaking here and there with snippets of stolen food and the prospects of a cat eating you alive.

A ground breaking scientific effort to study this in 1959 revealed valuable insights. At the time, French Neuroscientist Michel Jouvet and his colleagues manipulated the brains of a cat. The idea was to disable the inherent mechanism that prevents movement during the REM cycle in a cat. Interestingly, the cats exhibited various movements that suggested active participation in some unseen unfolding events— all the while in deep sleep. They could be seen raising their heads as though watching something, they could rhythmically arch their backs (as though awake) and made appearances as though stalking prey or getting involved in fights. Amazing!

Further, cats have been known to periodically watch their kittens sleeping. Occasionally, a kitten would appear frightened. As if in reassurance, a mother cat has been typically found to embrace kittens. A question emerges, could this also be a subtle indication of an animal dream— possibly a nightmare?

Perhaps an even more amazing observation concerns the cuttlefish. Cuttlefish are known to show a sleep like state during which its color markedly changes, its eyes move rapidly and there is noticeable twitching. Could cuttlefish dream? A study published in the PLoS ONE journal speculated so.

Like in humans, it is not easy to sleep without some common kind of behavior becoming evident. Some animals have been found to twitch, other waggle their tails, among other behaviors. An interesting query is whether the behavior of animals, while asleep, suggests anything to do with dreams.

For example, walruses have been found to exhibit floating tendencies, puppies twitch and the bat menacingly hangs upside down while in sleep. What do these positions and behaviors reveal about animals. Does the incessant opening and closing of eyes in a cat reveal anything? These and other queries are relevant and are worth further efforts of determining the possibility of animals dreaming, the contents of their dreams and if those dreams bear any significance to the animals.

Emerging evidence overwhelmingly suggest that animals dream. This has not, however, covered the necessary array of animals so as to justify the notion. Only particular animals, such as the cat, have been focused on. It is interesting, therefore, to perpetuate the quest of determining or discovering the animal dream world.

Take our quests regarding animal dreams and their interpretation a notch higher with personal insights and experiences of the Tarot Prophet, Sophia Loren. Contact her today.