A Guide to Tarot Readings and Numerology 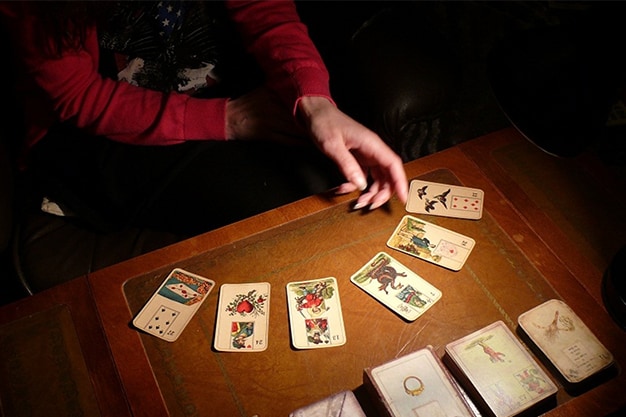 As one might expect for a subject concerning something that is popular in the mysterious realm of fortune-telling, the origins of tarot cards are hotly contested. While there is some unreliable evidence that these mysterious cards existed as early as the 14th century, the first documented deck of tarot cards cannot be authenticated until the 15th century. The earliest evidence of these cards comes from Italy, but then they migrated to France, where they became very popular. Over the years, the images of the devil and other implied meanings associated with tarot cards have made them very controversial in several countries.

The reading of human palms (palmistry) has been around for centuries, and it has gained a strong following around the world. The idea is that the lines in your palms can not only tell a lot about you, but they can also predict your future. The modern scientific name for palm-reading is dermatoglyphics, and it has been used to detect diseases in people and help people to understand why they have certain physical ailments. As for the ability to predict the future with dermatoglyphics, that is best left to the experts.

One of the most common images in fortune-telling is the Gypsy clad in jewelry and a flowing robe staring intently into a crystal ball to see the future. In the real world of crystal ball gazing, it is not about looking into the future. The crystal ball acts as a vessel the medium uses to elicit images from their subconscious. The medium then reveals any of the images that have relevance to the person getting the crystal ball reading done.

Numerology is the study of how the numerical values of letters and words, when put together, can predict the future or reveal important information. A numerologist is someone who understands the relationships between letters and numbers and can read into the significance of individual numbers. A numerologist can also use the various mathematical functions to combine numbers and derive significance from the results.

Astrology is the use of star charts and energy fields surrounding planets to predict future events and reveal information about people or things. Astrologers maintain that astrology is a science, and it is hard to debunk that notion when you examine the methods used to create astrology readings. Astrology also can be used to create personality profiles of individuals based on where planets were located during events such as a person’s birth.

Phrenology is the process of using the shape and imperfections on one’s skull to tell their future and determine various traits about their character. Of all of the fortune-telling methods used today, this is one of the few that is often referred to as a science. The idea is that the shape of the skull and the various bumps that are created indicate different ways that the brain is formed and used. By reading the bumps, a phrenologist can determine what type of career a person will pursue and whether or not that person will be lucky in love.

The act of reading tea leaves, also known as tasseography, has been popular in countries such as China for centuries. The medium puts a small amount of tea leaves into a cup and then pours in water. The person who is having their fortune read holds onto the cup with both hands and swirls the water in the cup around until the medium says to stop. The water is drained, and the position of the remaining tea leaves is interpreted to tell a story.